Tunehouse Team boss Jim Ghelis once said, ‘Motorsport is the cauldron where one’s efforts are best tested and measured…’

On that note with great excitement we can announce that John ‘Boz’ Boston will be part of the Tunehouse Team. John Boston needs little introduction, however being the leading force behind the Trackschool.com.au Motorsport program you can be sure he knows a things or two about getting a car around a track! 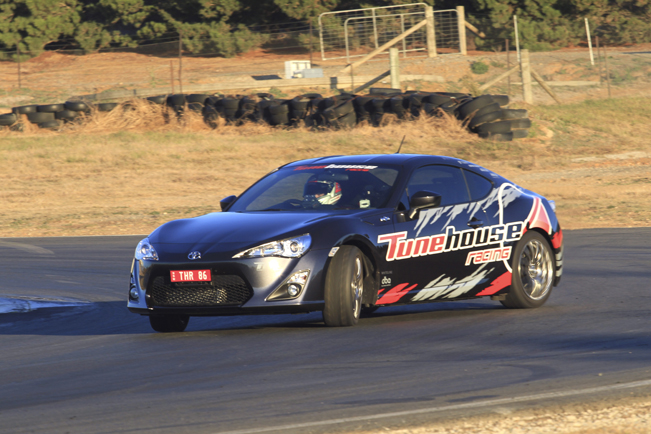 John has already been instrumental in the development of Tunehouse’s own supercharged Toyota FT86 – you’ll know that by its nickname the ‘THR86’. With many test laps of various tracks under its belt with John behind the wheel and his feedback key to the development thus far, it was barely a discussion that saw our Jim Ghelis and John shake hands on the arrangement that will see John more directly involved in the development program.

With many companies starting to wind up their development program, the Tunehouse Team are just getting momentum. Jim had this to say;

‘I’m very excited to announce John will be part of the Tunehouse Team. I’ve thoroughly enjoyed getting the feedback on the 86 and with his help; we’ll really be taking it to the next level with our development programs of this car, and many others to come. I can’t possibly give him any more compliments, he’s a gentleman, he knows his stuff and we’ve got his full support – Exciting times!’

John ‘Boz’ Boston has a history in motor sport dating back some 30 years to 1983. Between bitumen and dirt he has competed at local, state and even international levels while in 1989 he won the ‘Search for Champion’. Where might you have seen John or his name pop up? How about;

We are very excited to confirm this association with John and you’ll no doubt see him around much more in coming months. If you want the best driver intuition money can buy, or some feedback on setup of your already competitive car – Contact John and the Trackschool team! www.trackschool.com.au

Tell the Jim sent you! For all your motorsport preparation, performance tuning and servicing needs – contact Tunehouse now, (02) 9557 4000 or email info@tunehouse.com.au