Tunehouse tuned Renault Clio takes 2nd in class at Round 1 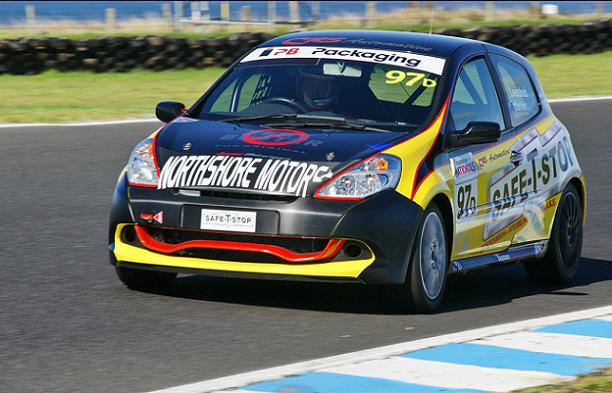 The Tunehouse tuned Renault Clio of Richard Gartner takes 2nd in class and 9th outright at last month’s Phillip Island Australian Production Car Endurance Championship – Round 1. The Safe-T-Stop sponsored Renault finished 9th outright ahead of many V8 Commodores, and a host of Turbo vehicle’s including EVO’s, STI’s and MPS 3’s at the April 28th-29th start to the season.

The Team had a difficult start to the weekend with engine changed right before leaving Sydney for the weekend with the car on the Tunehouse dyno until late many of the nights in the lead up. It was all worth it though arriving in Victoria, unpacking the car at Phillip Island and the 2 drivers, Richard Gartner and Peter Leemhuis qualifying the car 2nd in class.

A faultless first stint driven by Richard and after 1.5 hours the team was leading the production sport class when a safety car straight after the first driver change cost the team a lap. Peter took the wheel for another clean stint and some great pit work, fast refuelling and tyre changes saw them fighting for a class win and started to reel in a top 10 position overall.

An unfortunate tyre blowout toward the end of the 3rd driving stint cost an equally unfortunate lap and with only 1.5 hours to go in the gruelling 6 hours endurance event. With Peter behind the wheel again a superb drive recovered to finish the event 2nd in class and 9th outright ahead of a number of V8 Commodores, Turbo STI’s, EVO’s and MPS 3’s in the team’s tested and proven 2000cc 4 cylinder Renault Clio.

The Team is looking for more HP before the next round of the Championship on May 27th and a few more late nights on the Tunehouse dyno with Jim Ghelis, Tunehouse team boss behind the keyboard should do the trick!

Keep an eye on the Tunehouse website for updates through this season as Team Tunehouse will be looking for more pace with the already consistent resulsts through out 2012!