It took very little inspiration to get Tunehouse team boss to confirm the order and get a delivery date out of Toyota for the THR 86 – Tunehouse’s new project car. By the time he got back to the office he’d already ordered the custom number plates to suit and within hours had already bounced ideas with the graphics guys about how the car should look! 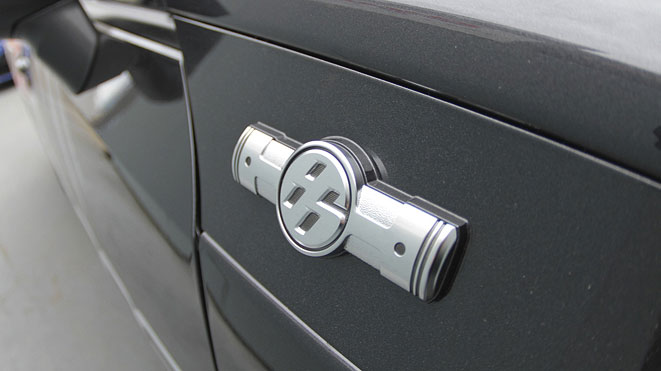 What you see here is the latest additional to the Tunehouse stable and if Jim’s daily driven 800hp HSV R8 is anything to go by the 147kW and nimble character of the 86/BRZ platform is about to get a rude awakening!

When Tunehouse were asked what they would do with an 86 and an open chequebook back in late 2011, they came up with the Cosworth-spec track-ready street car you can read more about here. With the Australian release of the car however comes the task of working out what the car really needs and that is what Tunehouse does best. With the support of some key technical partners an Jim’s engineering background it shouldn’t take long before the THR 86 is singing.

First impressions are simple and not unexpected – underpowered but a great chassis. There is something that the suspension lacks right on the edge though… the feedback is there however it feels like the dampening of the factory shocks doesn’t support the car being punted hard continuously. It gets to a point, gives up and seems to skip to the next road irregularity as if to say I’m over it now. Brakes seem to put up with the 147kW but like the rest of the car you get a feeling that it probably wouldn’t reign in much more if it needed to. The car is as was the rumour, a tuners car. A platform designed to be awesome and inspiring to drive, but most definitely designed to be upgraded!

First improvements Tunehouse have in mind?

“Suspension and tyres – Let’s get a firm hold of what the chassis is capable of and then we’ll chase the grunt to balance it out.” – Jim Ghelis, Tunehouse business owner and tuner.