Given our experience with Euro cars in Australia, it wasn’t too much of a surprise when this little Green MINI Cooper S arrived in the Tunehouse Workshop, equipped with an owner keen to see what his toy could do with a little ‘tweak’. Being Supercharged from the factory, we liked the idea of liberating any hidden torque we could find and livening the car up in general. With the client simply wanting a ‘better’ version of what he already had, we dug up a THR (Tunehouse Racing) exhaust including high flow CAT converter and extractors. What happened next was fun! 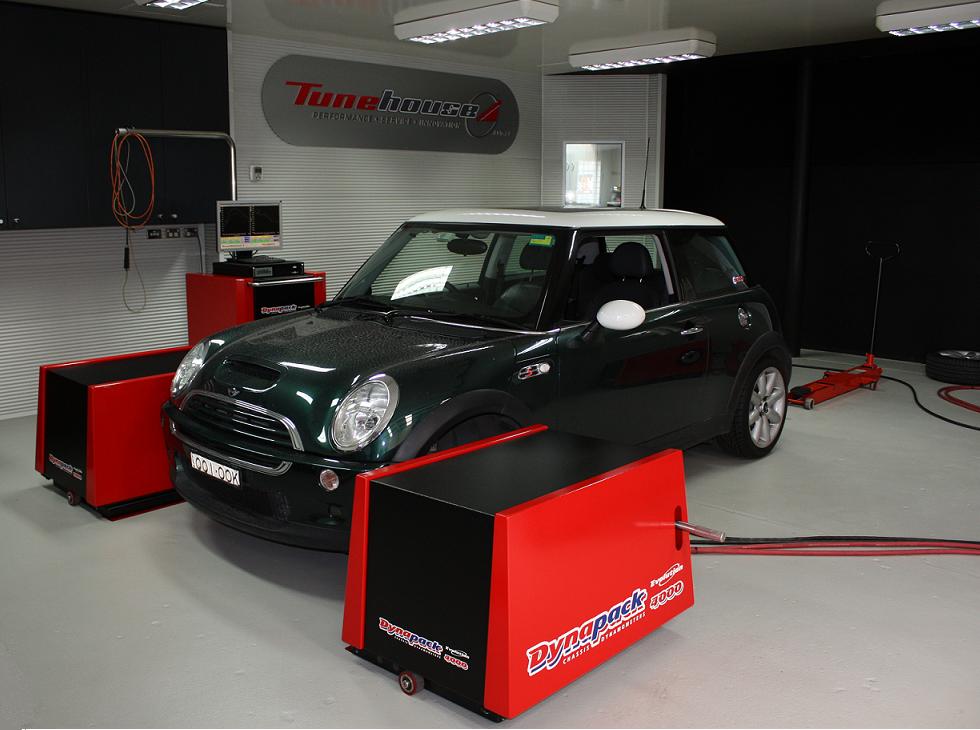 With Torque always on our mind here at Tunehouse we knew the best way to the little MINI’s heart was boost! Accepting the extractors and exhaust system would result in a significant increase in flow, we wanted to ensure this client walked away with a grin. Introduce the overdrive drive pulley. We prepared a custom supercharger pulley to generate just enough boost to really bring this car to life! Unlike turbocharged cars where a boost controller allows us to electronically adjust boost, a supercharger’s boost level is dictated by the speed at which the pulley is mechanically spun at.

As usual with all Tunehouse upgrades, the car was subject to a Tunehouse Plus Performance Appraisal. Tunehouse staff spend around 1 to 2 hours going over and under each car with an inspection report – we do this so that our clients are 100% aware of everything they need to know about their car and it also gives us an opportunity to become familiar with it before we start to modify it. This is done at absolutely no charge to Tunehouse clients – consider it a gift!

With that sorted out, the car was disassembled with a view to fitting the new THR exhaust system, overdrive supercharger pulley and revised ignition system. We took the opportunity to make sure this was always going to be consistent and reliable by organizing an upgraded coil pack, ignition leads and revised spark plugs – more suited to the performance levels it soon to support.

The stainless steel THR exhaust system was fitted in place of the restrictive factory item as well as the tuned length THR extractors. While the engine bay was in pieces, it was time to fit the supercharger overdrive pulley and toward the end of the day the car had already begun to come back together. With some basic fabrication undertaken to fit the Upgraded Ignition Coils, it was time to put the final touches on the engine bay and get the car back down on the ground!

At Tunehouse, we’ve believed in the benefits of flash tuning for some time and pride ourselves on using the best and having the most thorough understanding of the software to ensure we can offer our clients the very best possible result! In this instance, The THR Euro Flash Software was chosen for its unparalleled access to the MINI’s ECU, ongoing features, support and updates. The same principles were used when we chose to purchase and setup the Tunehouse Dyno Wind Tunnel. Voted Australia’s best dyno tuning cell, Jim uses and recommends Dynapack Hub dynos for their flexibility and unmatched access to data from each and every car. Only the best diagnostic equipment find their way into the Tunehouse tuning cell, Jim himself wouldn’t have it any other way!

With the freshly modified MINI checked to ensure everything is where it should be, no time was wasted and it was loaded onto the Tunehouse hub dyno. Jim was locked in, the wind tunnel started up and he asked not to be disturbed until he was done! All THR upgrades are tuned personally by Jim Ghelis, owner and head of development at Tunehouse. Jim’s attention to detail and expectation of himself shine through all his tuning, where there is absolutely no compromise offered!

With the crisp new sound of the MINI lighting up the streets around the Tunehouse workshop, it was clear we had hit yet another nail square on the head! One more performance enthusiast happy with the results and Tunehouse happy with yet another great outcome! The MINI turned the hubs to the tune of 160kW and 300Nm once the dust had settled on the upgrades. With the front tyres struggling for grip, we can only assume this happy Tunehouse might be back soon for some new tyres!