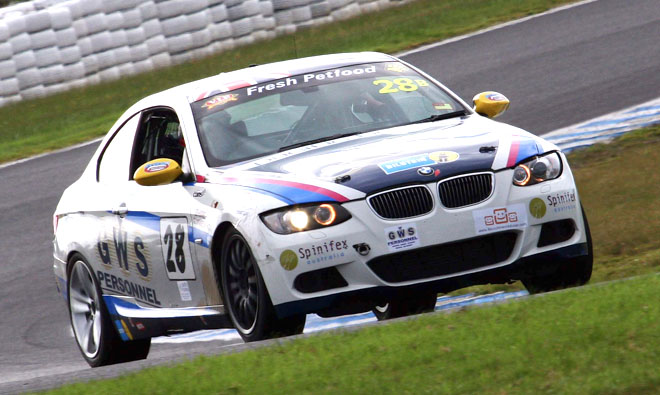 This BMW 335i, often seen in the car park at Tunehouse is powered by BMW’s Turbocharged inline six-cylinder engine albeit tweaked by Tunehouse’ own Jim Ghelis. Modifications are limited in this category of racing so the emphasis is on consistency and refinement of any otherwise awesome machine.

A welded in cage keeps the driver safe at all times while keeping the car nice and rigid offering massive improvements to the suspension and chassis setup as an added bonus. Throttle response and torque spread has been improved with some Tunehouse know how and the exhaust has also been upgraded for some improved flow – all within the category restrictions!

Often found to be the fastest outright car on tracks with the bigger straights and generally second lowest circuit times only to the fastest AWD cars, this BMW is one serious bit of gear and Tunehouse are proud to be associated with its racing schedule.