Tunehouse has developed a number of upgrade packages for most popular performance vehicles and it’s no surprise the MY07 STI is no exception. When this client called Tunehouse they wanted to leverage some of this experience and come up with something a little more personalised. We were more than happy to help! This black beauty was to be treated to some well thought out suspension changes alongside some Tunehouse based breathing and tuning upgrades to really bring it to life. 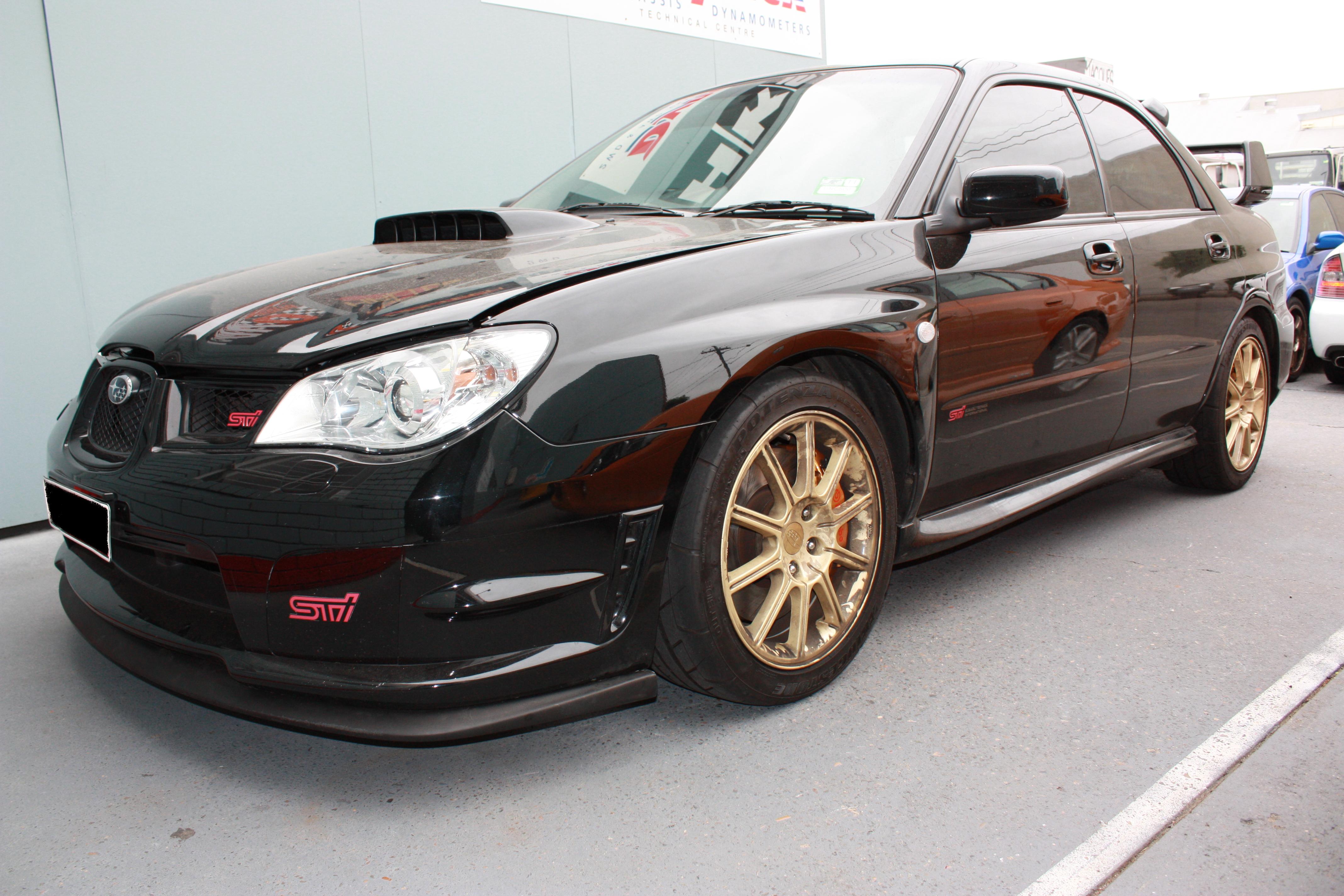 We’ve spent considerable time with the Subaru EJ series engine in our time and have found the limitation of each incarnation. The late model EJ25 as fitted to the WRX and STI is factory fitted with fly by wire throttle, variable cam timing (inlet only), Hypereutectic  pistons (high silicon content pistons designed to be quieter than ‘forged’ pistons), Tumble Generator Valves (TGV’s) and the Subaru trademark top mount intercooler.

Even in mechanically standard form, a Tunehouse custom tune can boost the power of any Subaru. That being said the client wanted to ‘get it breathing’ a bit better and gave us the nod to fit a THR (Tunehouse Racing) three-inch turbo back exhaust system and THR Spec Cold Air Intake as well. With the power these mods were able to produce, we knew only too well the factory fuel pump would no longer be up to the task and replaced this at the same time!

While the car was in the air, we took the opportunity to fit Whiteline front and rear sway bars as well as an anti lift kit. Between these components the STI instantly displayed less body roll and improved traction through the front tyres. The anti lift kit offer improved castor which is good for the car whether it’s in a straight line or heading through corners. Once back on the ground, we fitted a GFB Blow Off Valve for a little extra throttle response – then it was time to turn key and get out the laptop!

At Tunehouse, we’ve believed in the benefits of flash tuning for some time and pride ourselves on using the best and having the most thorough understanding of the software to ensure we can offer our clients the very best possible result! In this instance, EcuTek was chosen for its unparalleled access to the Subaru ECU and ongoing features, support and updates. The same principles we’re used when we chose to purchase and setup the Tunehouse dyno wind tunnel. Voted Australia’s best dyno tuning cell, Jim uses and recommends Dynapack hub dynos for their flexibility and unmatched access to data from each and every car. Only the best diagnostic equipment find their way into the Tunehouse tuning cell, Jim himself wouldn’t have it any other way!

Check out the graph below. Another happy client! Another great result!

This car is a great example of Tunehouse delivering a client the exact driving experience our client was after! At Tunehouse we have a range of upgrade packages to suit most late model high performance vehicles and more to the point; we know how to deliver a real exceptional setup to suit even the most specific needs!

Call Tunehouse now to discuss your special project on (02) 9557 4000 or email on info@tunehouse.com.au for all the top brands!